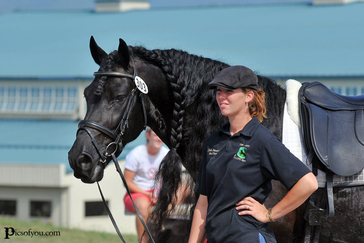 Jessica then joined Pony Club where she was further educated in the health of the horse and took up 3 day Eventing.   She was able to ride a friends ex Police-  Quarter Horse Gelding named Statey,  who never had jumped or done dressage before and they were very successful together and she moved him up the levels. After Statey was sold, Jessica started researching on the right horse to buy.  When coming across the Friesian Horse at the Ohio Equine Affaire,  she knew it was the horse for her!    Not long after,  Jessica found and purchased her dream horse from Holland.  His name was Wyjnand, which she nick-named Thor.  He was almost 3 years old when he arrived in the United States.  To help with the expenses of owning a horse Jessica started working and managing  barns, feeding programs, and training horses at the age of 14 years old.   She was soon starting several youngsters from scratch and riding and competing horses of all breeds and genders.   Jessica trained and competed her Friesian, Thor until she graduated High School and sold him to help pay for College.   Which is when she traveled to Ecuador to do a year over seas. 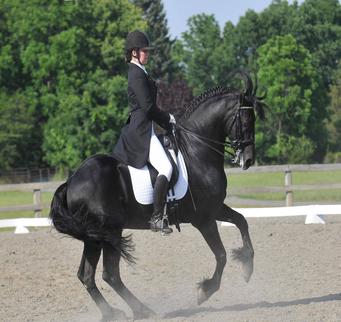 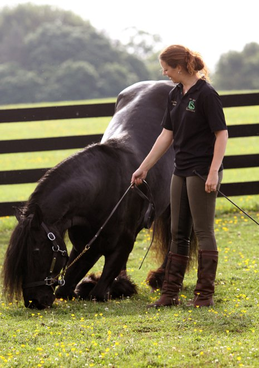 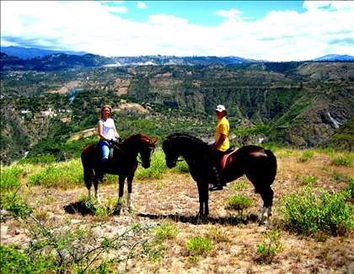 In 2005, when Jessica moved to Ecuador for College she met her husband Julio at his riding school where they started working together.   In 2007 they moved to the USA where they could continue training and competing on a more serious level,  their son Justin was also born the year they moved to the USA together.    In 2008, Jessica became certified in Stallion Collection and Breeding.   Jessica currently manages the Barn, Staff, Clients and Horses and is back in the saddle after taking time off to focus more on being a dedicated mother and wife.   In 2012,  Jessica earned her USDF Silver Medal, competing at 4th Level with scores up to 69% and FEI Prix St. Georges.  Jessica also won the Mid-Atlantic Friesian Horse Show W/T/C Performance Championship and W/T/C Dressage Championship.   She hopes to one day get her  USDF Gold Medal !!

Jessica Mendoza has been riding horses for over 25 years.

She rides and trains in many different disciplines  including dressage, driving, eventing, long lining, working equitation and trick training.  She's tried it all from swimming in the Ocean on horseback,  performing in front of crowds of thousands to importing and exporting horses internationaly to playing Donkey Polo in Mexico, she is a talent in so many areas.  Jessica is also a USDF Silver Medalist, an accomplished Equine Photographer, Publicist, Horse Transporter, Entrepreneur, and is certified in Stallion Collection and AI Breeding. 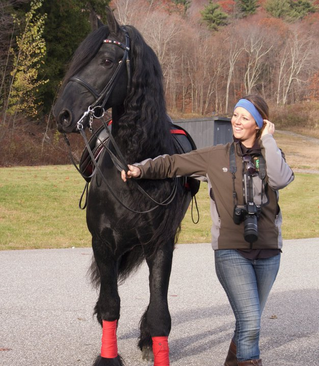 Jessica was born in Ohio and has been taking lessons and riding horses since a very young age.   At 5 years old she started out on the lunge line on an older Morgan mare.  Soon after she graduated to a lesson program where she rode multiple horses twice a week.    She was very dedicated to learning all she could about horses and her ideal weekend would consist of being dropped off at the barn at dawn and picked up as late as possible to help with anything she could!  She always felt school got in the way of being with horses!  By the age of 9 years old Jessica was asked by nearly all the boarders in the barn with problem horses to help ride and train them.   Horses that bucked, reared, bolted, etc she had no fear and her special gift and way with horses was evident to all around her.    Jessica's love and passion for horses shined and she soon took up competing at local shows, getting blues in nearly every class she entered.